The ORCA Project is a NDIS-approved School Leaver Employment Supports training for people aged 17 - 21 years in Brisbane. We give you the skills you need for success in the workforce and the chance to learn about the type of work that's meaningful to you. 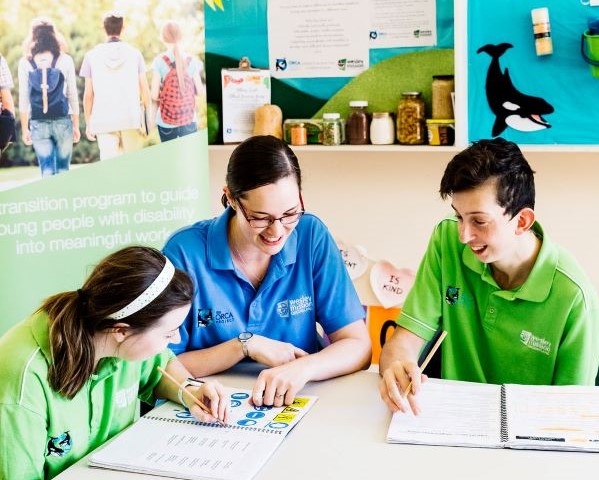 The ORCA Project started as an idea back in 2015.
It was a moment in time when I was watching young people with disability,
not just get trained for work, have this desire to work and then not be able to get at a job.
I couldn't sit back and go, "Oh, that's a shame." "Gee, I wish that someone would do something about that."
The beautiful thing for me was that I found Wesley Mission Queensland, who were already making a difference
and wanted to be a part of that with me.
They wanted to explore and to experiment, and to see what was possible.

The aim of The Orca Project is to help each young person that walks through our door,
to discover who they are as a person, who they are as a worker, and find where their passions
and their interests can connect with a workplace.
Worker is not a label that is given out of the many hundreds of labels that our young people get.
Worker hasn't been one of them.
I really believe The ORCA Project is a place where that label of worker can take form,
where young people can take it on and recognize their value in that space,
to have worker as something that they can be proud of and recognize the way that they can contribute in that space.

That's just really, really important.
It is really hard to name a new program or a new project, or a new thing.
It took many months thinking through what is it that we're trying to create here?
We were really fortunate that the animal we chose had four beautiful letters O-R-C-A.
And we started to think about what are the things that matter most to us as we create this?

So, O, looking at what are the opportunities that we can find for the young people
that are a part of ORCA.

R became about readiness.
How do we ensure that people are ready, or a whole lot more ready when they leave us
than when they walk in the door?
C being community, making sure that we never wanted to cut people living with disability
off in the rest of the world, we wanted to keep connecting with community
and make sure that the community owned this.

And A being about abilities for so much of our young people's lives,
they've been focusing on the dis of the ability instead of all the things that they can do.
People have told them what they can't do.
We wanna celebrate all that they can do.
And to be able to step out, boldly, and say, I am someone who has value and worth.
I've got stuff I can contribute to your workplace.
I get so proud of our young people, get so proud of our families
who are willing to go on the journey with us and support those young people.
I'm so proud of our staff and I'm proud of our community, who's starting to take steps in the right direction,
who's starting to recognize that this matters, it's life changing and it's important,
and I couldn't be more proud to be a part of that.

We believe that all young people, including those living with disabilities, have unique strengths, skills, challenges, and interests. There is no ‘one size fits all’ approach here at The ORCA Project.

Designed in consultation with real families in Brisbane, this approved NDIS service provides you with the skills you need for success in the workforce, and gives you the opportunity to learn about yourself, your interests and the type of work that's meaningful to you.

Prepare for a lifetime of meaningful work

The ORCA Project aims to bridge the gap between the familiar environment of school and what can be a new exciting world of work. Our school leaver employment supports training opportunity provides:

Social and interpersonal skills have been shown to be some of the most important skills when it comes to retaining employment. At The ORCA Project, we focus on working with you to develop the soft skills you require for positive and meaningful engagement in work. We assist you to develop a range of tools and strategies to help with emotional regulation in the workplace, and help you develop the skills you need to become connected and engaged members of the workforce.
The ORCA Project also provides a range of onsite micro-enterprises or mini businesses in Brisbane, in which you can practice your skills and try different types of work. We consult with you regularly throughout your time at ORCA and aim to involve you in the micro-enterprises that interest you the most.

The ORCA Project operates out of three locations in Brisbane:

You can begin your transition from school by starting at The ORCA Project during Year 12, or you can join us at any time after school when you are aged 17 – 21.

If you are still in grade 11 or 12 but think you might be ready to start The ORCA Project now, give us a call. We can talk about access to funding, and work with you and your school to determine if coming to The ORCA Project while still enrolled at school is the best option for you.

The ORCA Project can be included in your NDIS Plan under Finding and Keeping a Job - School Leaver Employment Supports funding. If you have employment goals, talk to your NDIS planner about including funds in your plan for achieving those goals. If School Leaver Employment Supports funding is not an option for you, please contact us to discuss alternative ways to access the service.

(This link opens in a new window)

Find out what it's like at The ORCA Project

So Simone, her disability is autism level two, and last year, we also found out that she does have ADHD.

Simone was a very scared, nervous child who thought that there was nothing in life for her, that she had no prospects. There was nowhere that she would be able to overcome her disability in a fruitful way in her life. She often said, "Mom, you realize you're just going "to have to look after me? "I'm just gonna be here with you for the rest of my life."

With ORCA, we've been able to work out how we can transition Simone into the next stage of being in a classroom to having one-on-one support at ORCA and to transition her into finding employment, a suitable employment, and what that will look like. So we are currently in that transition stage. She genuinely loves people. She's made good friendships and she feels so well-supported. She knows that if she's got a problem, she can say it and that she doesn't need to fear being vulnerable, that they get her. She's given so much praise and she's been able to do such great work in projects because she's been so well-supported all along the ways. And now the next project, where she's been able to step up even more and be 2IC of The Coffee Cart, which she takes great pride in saying and tells me, "I don't know what Sophie's gonna do without me "because I help her so much."

So to hear that from my child, from being someone who thought that she wasn't able to be productive and achieve anything, to be someone that can, is capable of being 2IC, it's like if she doesn't suffer anxiety anymore. Every day of her life, I had to walk her into school and have someone transition her into the classroom 'cause her anxiety was such. I no longer have to walk Simone in with her clutching, you know, scared, on my hand. She felt supported and that she could leave the car and wave off and say, "See you, Mom. "Have a great day." And I know that she was gonna have a great day, too.

The ORCA Project is part-time for two years

The ORCA Project is a two year school leaver employment supports service in which participants attend two days per week during school terms. The journey to WORK typically consists of four phases. The first phase of the journey is about learning work readiness skills that will help set you up for involvement in a range of industries through our onsite microenterprises. Just as important, this stage also sees you embark on a process of exploring your strengths and interests and developing strong, confidence-building connections with peers.
The second phase of the journey provides you with the opportunity to further build work readiness skills through participation in onsite micro enterprises. You also take the opportunity to explore your interests through workplace visits and work experience opportunities.
The third phase of the journey involves further involvement in work experience placements where you can practice and refine work skills. This is also the stage where you may begin connecting with Disability Employment Services (DES) providers and applying for work.

The final stage of the journey to work with ORCA is about supporting you to exit from this service and connect with meaningful work roles. This can include paid work, part time/casual work, traineeships or meaningful volunteer work, depending on what meets your work goals and interests.

Why we're called The ORCA Project

Orcas live in family groups. Multiple pods come together to form community. They are strong, complex, intelligent, graceful and trainable creatures.
Orcas work together and use their own form of communication. Orcas are also known as Killer Whales, and the label means inaccurate assumptions are made about them. Sound familiar to your own situation?
To know they are dolphins and discover who they truly are takes time, interest and a willingness to let go of preconceived ideas.

Find out how we can help. Contact us today

Now taking 2023 applications. Complete the form below for more information or call 1800 448 448 and a member of The ORCA Project team will get back to you.
Thank you for filling out our form. 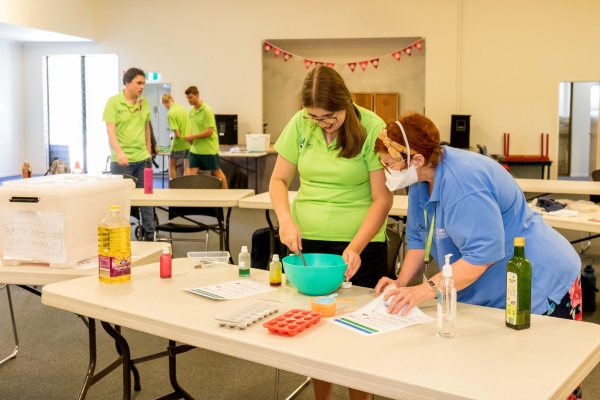